19 teams from 5 states came together to compete in the First Annual Boulder Breakout.

The 12U division had 6 teams competing, and the Krivo 12U Girls took home the championship banner.

5 teams fought hard for the 14U AA Tier II banner, but the 14AA Anaheim Lady Ducks prevailed as the champions.

19U AA Tier II was the biggest division in the Boulder Breakout, with 8 teams competing, and the San Diego Jr. Gulls won it all.

A huge thank you to all of the teams that came out for the first Boulder Breakout Girls AA Hockey Tournament. It was a great weekend for girls hockey and all of the teams absolutely killed it! See you next year! 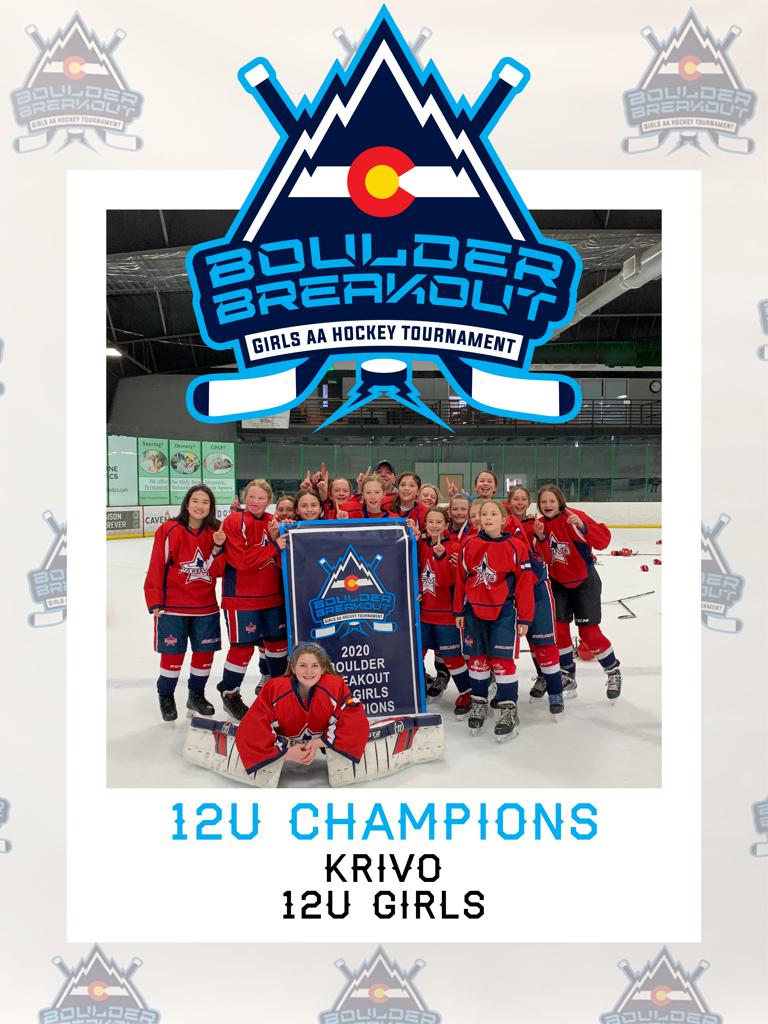 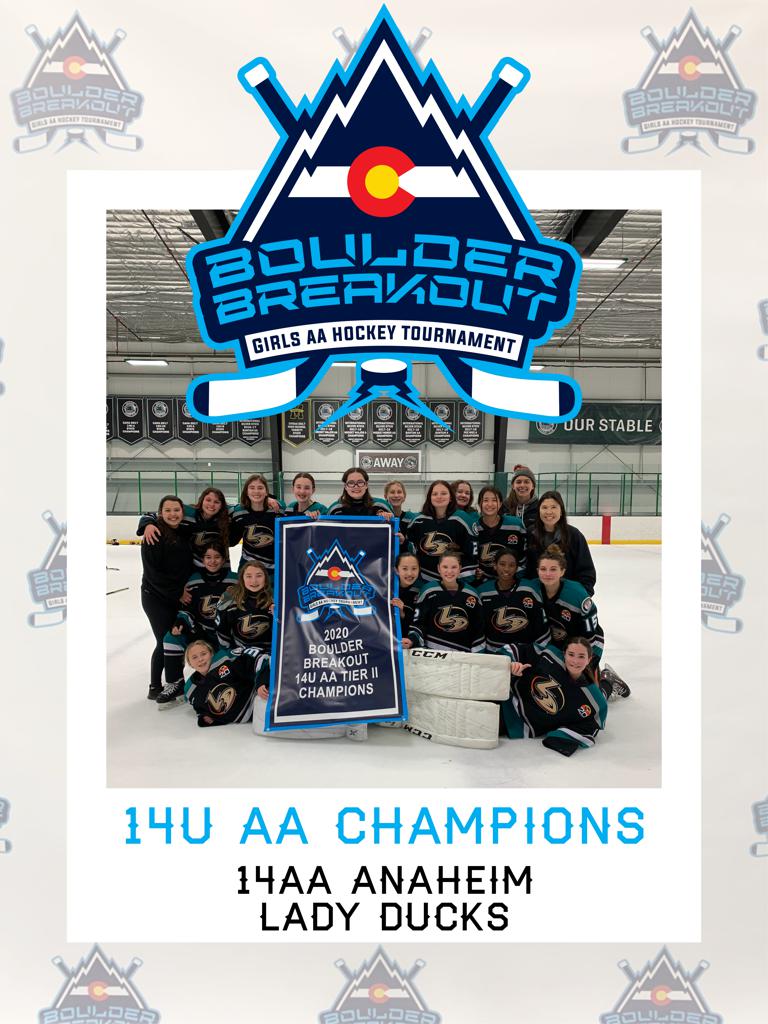 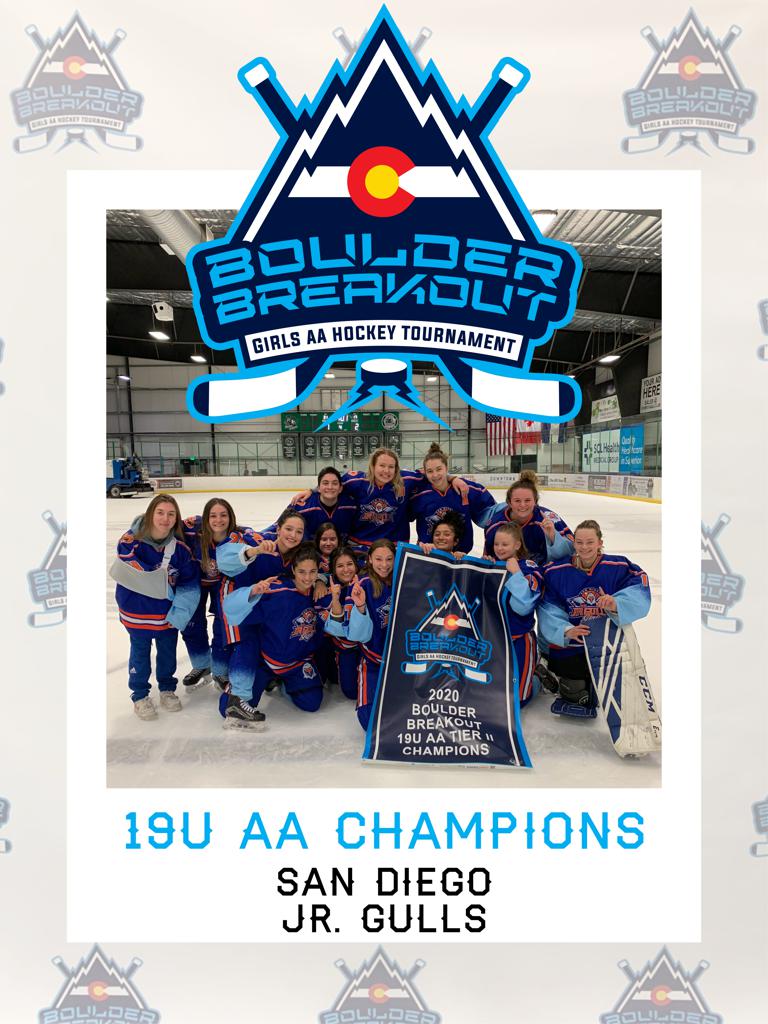 Tag(s): Home  About Us  Girls Hockey